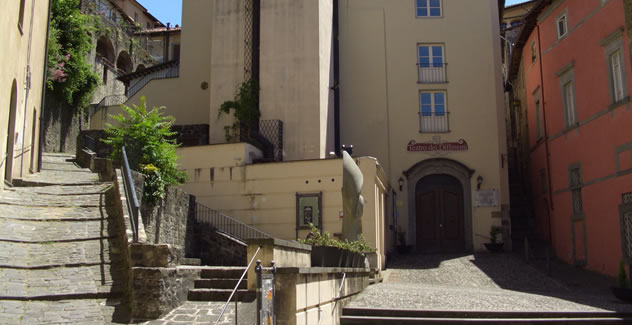 In 1793 it was knocked down and immediately after re-built.

The work was managed by Michele Lippi who built palchetti (boxes), arranged in three tiers of boxes with decorations made by the well-known theatre set designer and painter Francesco Fontanesi.

Until the first decades of 900, Differenti Theatre had an intense cultural life with high quality artistic events. After, it became the site of many local exhibitions and parties for the people from the Valley.

In 1967 the theatre had an important concert and lyrical activity again.

In the middle of the 70s, Teatro dei Differenti Association was founded and it successfully represented many plays.

In 1982 the theatre was closed due to the new stronger safety requirements.

In 1985, Barga Municipality, the new Theatre’s owner, started the renovation work to meet the regulatory requirements for operation. In 1998, this work was finished.

Today the theatre, with its original use, is regularly in service with a capacity of 285 seats and is one of the most active theatres in Tuscan cultural and show business.

We had the honour and the responsibility to take part to the renovation work providing technical systems design and managing the procedures to meet regulatory requirements for operation.