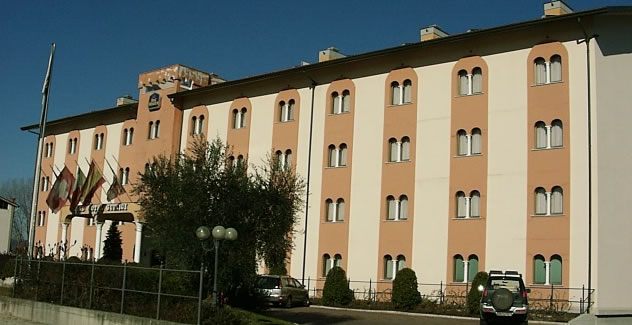 With its 150 rooms and 17 suites, Grand Hotel Guinigi is the biggest accommodation facility in Lucca and its province with a capacity of 500 guests and more.

It was built at the beginning of the nineties and represents one of the most important interventions for accommodations in our area.

Its architecture is chosen to respect Lucca historical palazzo style and that’s why it is named after the most famous lord in Lucca, Paolo Guinigi.

It is located in the near suburbs, along Via Romana and it is very easy to reach even from the city centre.

It offers extra services like convention halls, a restaurant open to the public as well as its guests and a disco, principally used as a party room.

We managed the system design and the authorising procedure when it was built and later, when it was restored and modernised.