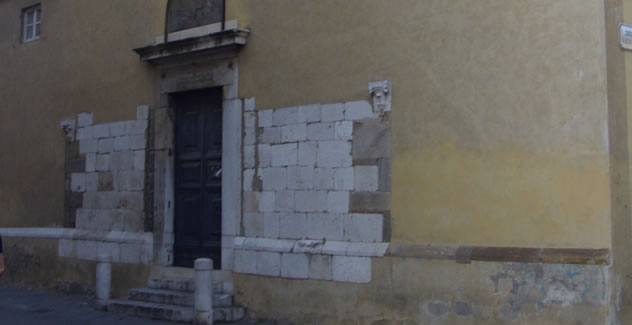 S. Girolamo former church is located in the street of the same name.

It was built in the half of the 15th century for the Gesuiti.

The Church was built with a loggia which was knocked down later: only two corbels remain of the gallery destroyed in the early 19th century. Inside there are no traces of the former structure, destroyed after an 18th century restoration. Nowadays it is not officiated and it is used as an auditorium adjoining the teatro del Giglio.

Our studio conducted the system design and managed all the authorising procedure to open the auditorium with its capacity of 174 seats.