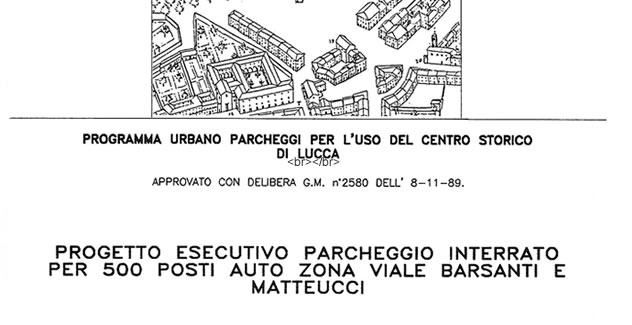 The underground park sector has been undertaken many times by us, even if we managed the designing only. For many reasons, as a matter of fact, our city has never realized them despite of the variety of the executive designing.

We took part in suggesting almost all the designing works, generally concerned with two underground floors parks, with capacity from nearly 50 to nearly 1.000 cars.

The interest areas were in the South Zone (Viale Regina Margherita, Piazzale Risorgimento e Campo Balilla) and in the North Zone (Via Barsanti e Matteucci).