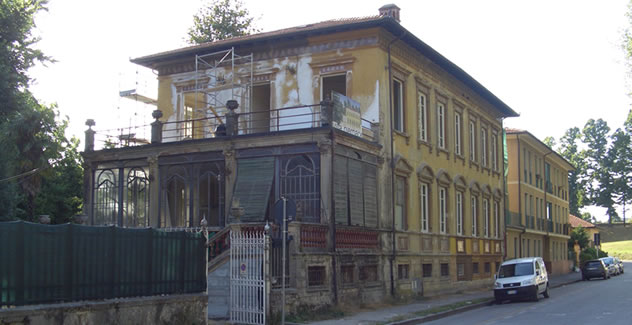 Villa Niemack is located in the North area of Lucca, between S. Pietro and S. Salvatore bulwarks, precisely in Via Bacchettoni 25.

It dates back between the nineteenth and twenty century when urban development in Lucca reached its maximum level thanks to the railway extension.

The territorial expansion was even higher in the South part of the city where the land on the walls bastions was reclaimed, destroying the defensive buildings of the city walls and bringing new public and private establishments to life.

It is the birth of Liberty palazzos and villas, like Villa Niemack, designed by Virginio Paolinelli. This estate was firstly realised in 1914 by the businessman Niemack Giovanni, whose uncle had introduced the raw cotton processing in Lucca with a firm located in Via dei Borghi.

Its architecture is the result of the versatility of a modern style merged with the imitation of passed styles.

It has now being restored and we managed its heating and air-conditioning system design.